As far as the cameras are concerned, the Apple iPhone 7 on the rear packs a 12-megapixel camera with an f/1.8 aperture. The rear camera setup has phase detection autofocus. It sports a 7-megapixel camera on the front for selfies with an f/2.2 aperture. 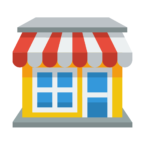 Be the first to review “iPhone 7 (Refurbished)” Cancel reply